WTF is up with crystals?

WTF is up with crystals?

Okay so before we even get started on this, I am just going to tell y’all I went to the library to research the recommendations on crystals for your home in this post. THE LIBRARY. It has been a minute since I used the Dewey decimal system and I basically got my exercise in because of the sheer number of laps around the building I took. I had fans cheering for me once I made it to the right shelves. I mean damn, Dewey.

We recently went to Sedona and let me tell you, it was a trip (lol get it?! because it was actually a trip). Basically, Sedona is the center of what is thought to be all these electromagnetic fields (yes, science proves these exist) that elevate your senses and bring you into a higher state of being (science: “lol probs not”). But the folks in Sedona are super into crystals & stones. Between this and the fact that they’ve been so buzzy lately that Urban Outfitters is selling crystals for your home, the universe/the buyers at UO basically begged me to get the scoop on what’s up with them.

While many crystals and stones are said to have healing properties, let’s separate out what we mean by “healing” before you fall too far down a rabbit hole like me:

So when you hear about stones & crystals with healing properties, let’s be clear that we are not talking about option number 1. Nope. Not at all. Salt is on it’s own.

But if you believe that the body does have energy centers (AKA chakras for those of you who have been to your yoga class lately), crystals might be your jam. Now I am not going to mislead you because the science on this is 99% non-existent, but if you’re cynical-but-curious (hi 🙋), it definitely won’t hurt anything to decorate with a few around your house (I mean you really need bookends anyway). So here’s a roundup of five common and intriguing crystals for your home. 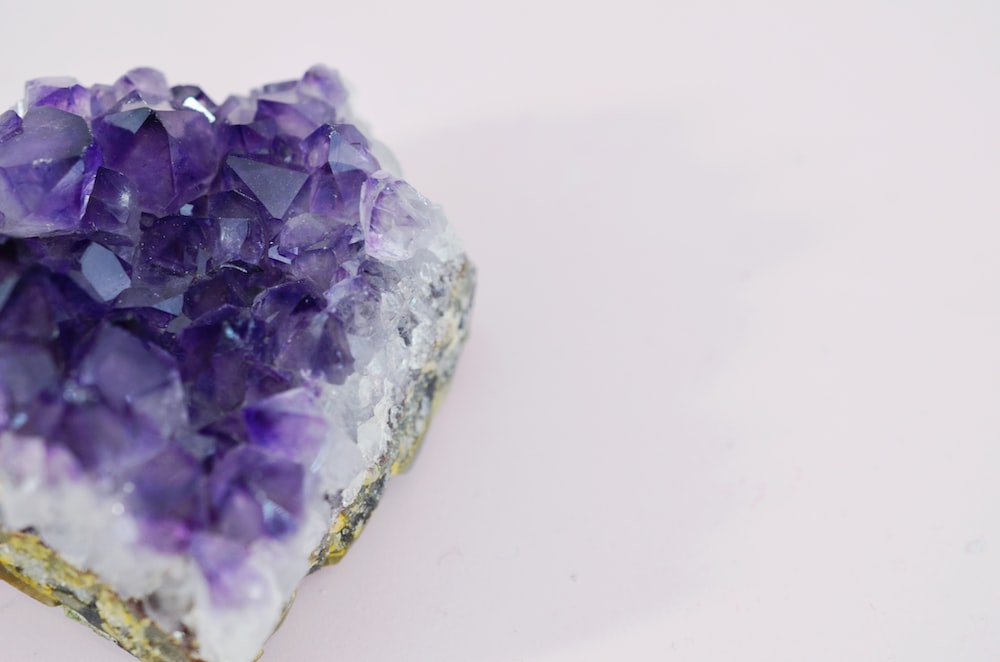 February babies know amethyst well since it’s their birthstone. It’s used to enhance creativity and open-mindedness, which is also said to help people dive deeper into their spirituality. It’s also apparently great for stress relief, but honestly this is a characteristic of a bunch of other crystals, too. 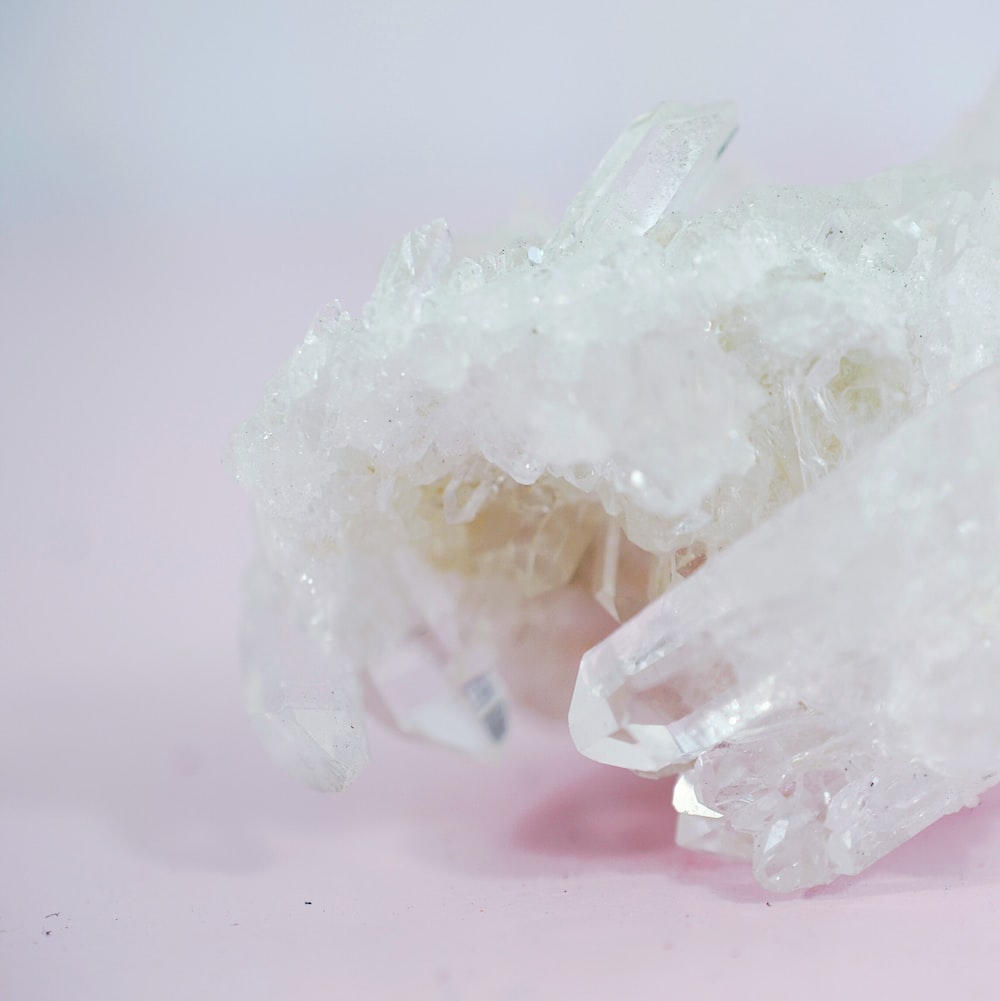 So first of all, there are like a billion different types of quartz. And by a billion, I mean definitely at least 8. So, this is the clear quartz that is transparent/milky white, referred to as “faden” (meaning “thread” in German because of the milky white lines that run through the rock). It’s good for encouraging harmony in groups and supposedly helps pessimists (hi 🙋) by encouraging adaptability to changing situations, reducing stress, and increasing connections between people. Quartz in general is said to be an amplifier of others crystals, too, so throw it in with any of the others and you should be good.

Of course the rose quartz symbolizes love. You’ll find that this is often carved out in the shape of a heart and Miranda Kerr’s skincare line even sells a version that you rub all over your face (…I just report the facts, y’all). It is said to open you to accept love in all forms of your relationships and has ties to fertility and pregnancy. Basically, it’s the stone that’s most closely related to characteristics that are traditionally very feminine. So if you’re single and ready to mingle, this stone might help you thrive.

A lot of people love this November birthstone because it is said to encourage optimism and action toward goals. It enhances folks’ control over stressful situations and encourages fresh perspectives and openness to new experiences. It also supposedly helps you move closer to your goals by increasing your clarity and creativity when pursuing them. 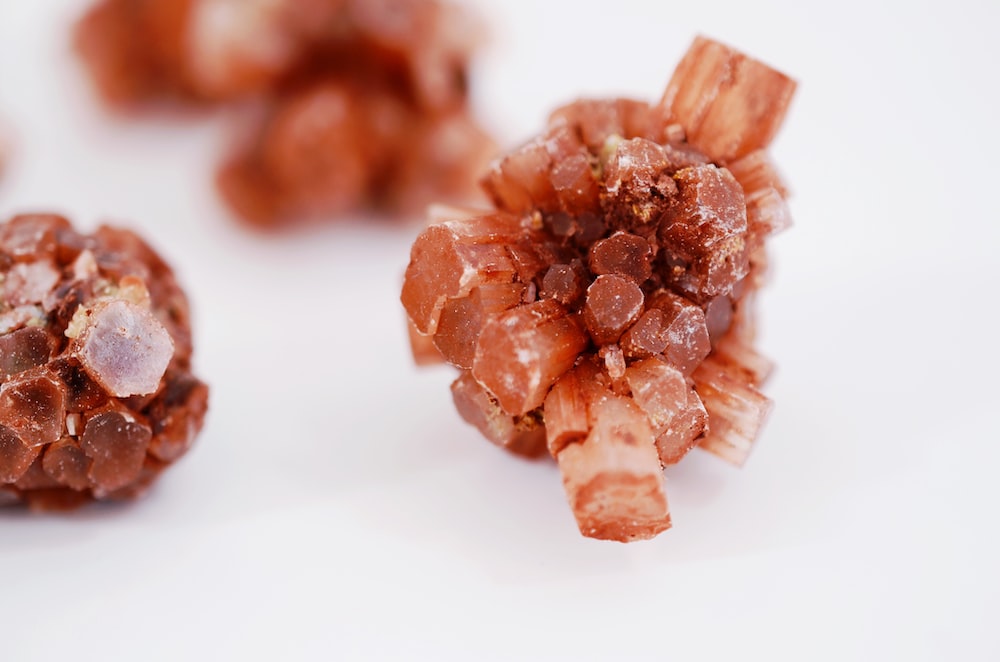 So this crystal actually looks really cool. Apparently it’s known for connectedness to the earth and helps with conservationism (kind of ironic since I’m pulling said crystal away from earth to use as a decorative bookend). It also is known to be highly grounding and can help you stabilize your emotions and diffuse tense situations. Next time I want to gripe at Zach about his horrible dishwasher organization skills, I’m just going to pull out this bad boy. I rag on this rock, but it’s actually my favorite, so everyone calm down.

Ultimately, after researching and reading, I just don’t see how this could actually work (Time Mag pretty much agrees). But then again, maybe I’ll throw a few on my bar cart juuuussst in case.

How to Have Fun in a New City Solo

Login to Indoorsy // @fortheindoorsy
Reset Password
Enter the username or e-mail you used in your profile. A password reset link will be sent to you by email.
Loading Comments...